Authorities in Uttar Pradesh began taking all precautionary measures in the states jails even before the nationwide lockdown was enforced from March 25 onwards, including thermal screening and manufacture of sanitisers and face masks etc, a senior officer said.

In a telephonic interview with IANS, Uttar Pradesh Director General of Police (Prisons), Anand Kumar, said that an alert had been sounded to state jails on March 12 even as the coronavirus threat was looming large over the country so as to ensure the safety of both inmates and jail staff. Thermal screening was provided in jails as a precautionary measure.

The task of manufacture of face masks, sanitisers and soaps was also taken up around that time. “Till May 7, jail inmates have manufactured around 11.49 lakh face masks, out of which 8 lakh have since been provided to government and non-governmental organisations. Also, the inmates and jail staff are using face masks. The manufacture of masks is still continuing,” the DGP (Prisons) said.

The senior IPS officer said that the ‘jail radios’ were also coming in handy to fight the stress and anxiety among inmates amid the coronavirus scare in the country.

Prisons Department spokesman Santosh Verma said that these radio systems were currently in operation in 26 jails, including those in Ghaziabad, Shahjahanpur, Gorakhpur, Itawah, Agra, Lucknow, and Noida.

Verma said that these jail radios had helped prisoners keep themselves busy during the nationwide lockdown. Exchange of news and views through these radios have kept the jail inmates abreast of what is happening in the outside world. Interestingly, these jail radios are operated by prisoners, with jail staff having nothing the do with the endeavour.

Official sources said that the 71 jails in Uttar Pradesh house more than 90,000 undertrials and convicted prisoners. As the coronavirus threat loomed large, authorities paroled out 2,251 convicted and 13,453 undertrial prisoners. So, there are still over 75,000 prisoners lodged in state jails.

Ten of the 71 jails in Uttar Pradesh are said to be overcrowded — Moradabad, Jaunpur, Lalitpur, Saharanpur, Ghaziabad, Devaria, Mathura, Varanasi,Shahjahanpur and Itawah. As for the numbers, the Prayagraj jail is the most overcrowded, lodging over 4,000 inmates as compared with its capacity of 2,060 prisoners only.

Verma said that 100 PPE kits have so far been made in Meerut jail, costing Rs 600 each. He pointed out that a face mask costing Rs 95 was available in the markets outside at five-six times this cost.

The work of making PPE kits was also going on in Lucknow Model Jail. At least 132 kits have so far been supplied to Balrampur hospital.

DGP Kumar said that they had made efforts to provide sewing machines in jails which so far did not have these, in order to speed up the manufacture of face masks.

As for coronavirus cases reported in different jails, the senior officer said that the death of an inmate in Agra jail had come to light. “However, we are trying everything possible to ensure that the jail inmates across Uttar Pradesh are saved from the threat of coronavirus,” he added.

(Sanjiv Chauhan can be contacted at [email protected]) 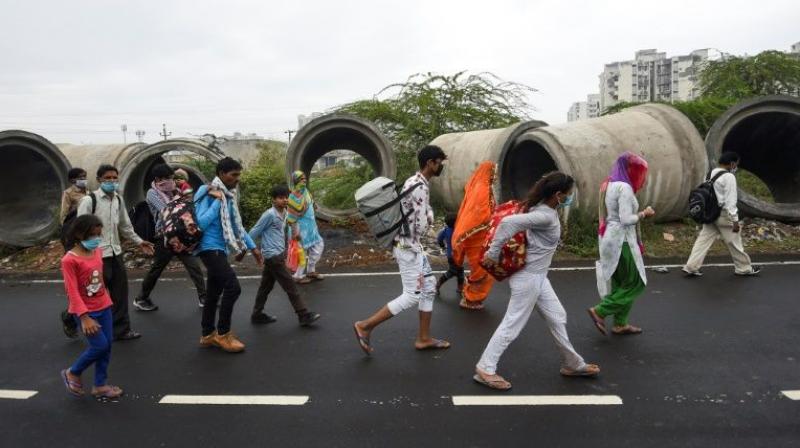 Tamil Nadu student dies as he walks home from Maharashtra 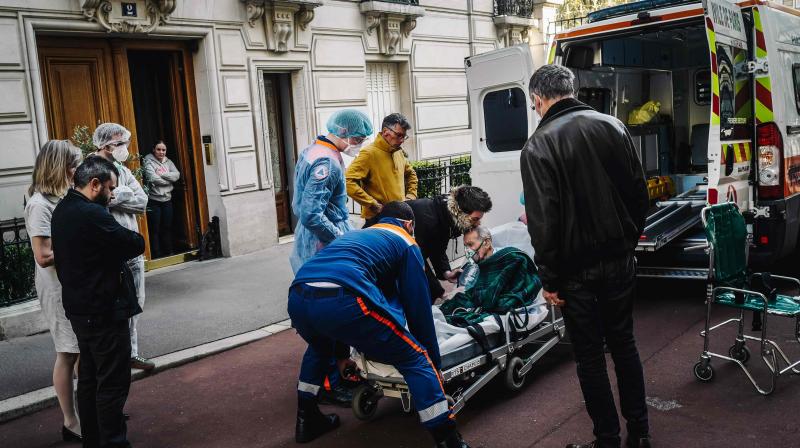