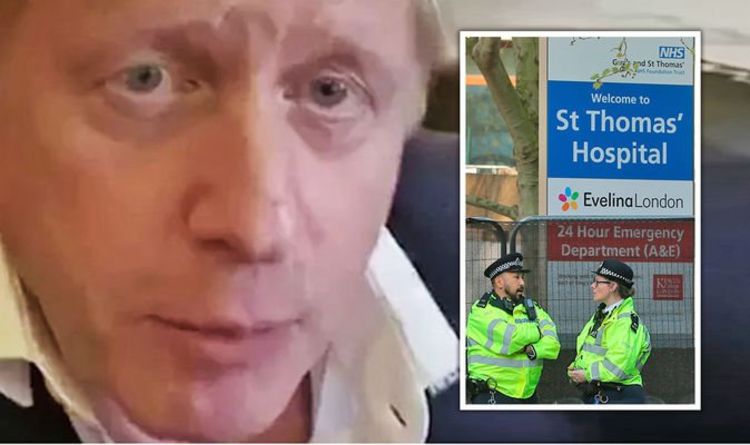 The Prime Minister was admitted to hospital on Sunday night after suffering from COVID-19 for more than a week. He was then moved to intensive care as a precaution on Monday evening after he struggled breathing difficulties and required oxygen.

Following four days of close inspection, Mr Johnson was once again moved to a regular ward last night, and he made a small gesture of thanks to those looking after him as he was moved.

As the rest of the country gathered to cheer on key workers with the weekly 8pm Clap for Carers tradition last night, Miss Symonds shared a hand painting of a rainbow on her Twitter account.

HUp and down the country, windows in houses have become filled with pictures of rainbows as a sign of thank you for NHS staff.

Miss Symonds, who has been suffering with coronavirus herself while pregnant with her first child, has been largely quiet on social media since Mr Johnson was admitted to hospital.